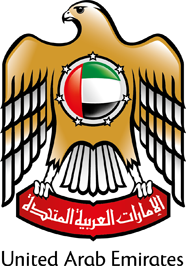 The United Arab Emirates was founded on the core principles of tolerance and open-mindedness towards people and cultures. These principles stem from a desire to build constructive international political, economic and social relationships. These relationships are built upon an understanding that national values lay the foundations of stability, sustainable development and peaceful co-existence.

This approach is one of the inherent features of the country’s foreign policy, which reflects the nature of its local community, one that is renowned for its willingness to embrace other cultures and civilizations. Furthermore, it is a nature which is also reflected in the philosophy of the UAE, which the late founding father, Sheikh Zayed bin Sultan Al Nahyan, created. The late Sheikh Zayed bin Sultan Al Nahyan always aspired to contribute evermore to a world where people could live in peace. He did so through building strong relationships across the globe, and through providing his unwavering support for the long-term development of his country and indeed the greater region.

The UAE government believes that openness, dialogue and willingness to listen between different nations promote friendship, which in turn supports an environment of peace and understanding at the global level. On the other hand, isolation and withdrawal promote conflict, disagreement and negative stereotypes between different communities. As a result, the UAE strives to build positive communications and openness towards all countries and people across the world, translating this approach into actions and policies at national and international levels.

The UAE currently entertains proactive diplomatic relations with more than 182 countries. It is a large-scale contributor to humanitarian aid, with preliminary estimates putting the country’s total foreign aid donations in 2011 at over AED 7.74 billion (US$2.11 billion). Indeed, the volume of the country’s foreign aid in 2011 reached  0.62% of its Gross Domestic Product (GDP).

At home, the UAE has a well-established track record of coexistence, as well as religious and cultural tolerance among its residents. Currently, more than 200 nationalities are registered as living in the country. All are governed by a legal system that protects their beliefs, respects their customs and traditions, and guarantees them the freedom to practice their faith in a fair and transparent environment that prevents religious, sectarian or ethnic intolerance from developing. The UAE’s efforts to raise awareness and celebrate global heritage, as well as promote its own, through its arts, culture and education policies, have also encouraged a deeper level of understanding and tolerance. The nation is a living example of how positive and constructive interaction between differing cultures, languages, races, and beliefs can result in a unique harmony and peaceful coexistence among such a diverse community.

The UAE is a profound believer in the importance of communication and dialogue with different countries, and pours significant efforts to alleviate the suffering of people in areas of disaster and conflict. Its adoption of balanced political policies allowed it to enjoy positive and strong ties across the globe and provide an inspiring model for supporting the possibility of sustainable civilized coexistence between the world’s nations and cultures.

The federal state of the United Arab Emirates (UAE) was established on the 2nd of December 1971 with the ratification of an interim constitution which later became permanent in 1996. The Constitution of the UAE establishes the fundamentals of the federal arrangement of the UAE. Undoubtedly, the Constitution represents the greatest example of Arab unity in modern times and outlines the functionality of the Nation’s political institutions, thus lending a legitimate voice for the government of the UAE.

Described as one of the most stable in the region, the political system of the United Arab Emirates is the fruit of the consistent efforts and perseverance of a number of exceptional leaders. These leaders in their determination strived to build a solid and enduring national political system, which is capable of meeting contemporary demands and challenges. The success of the nation’s political system lies within the continued support of all seven Emirates.​