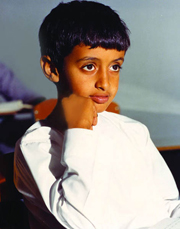 His Highness Sheikh Mohamed was born in Al Ain on 11 March 1961. He is the third son of the late Sheikh Zayed bin Sultan Al Nahyan, founding President of the UAE. He grew up under the watchful eye of his father and his mother, Her Highness Sheikha Fatima bint Mubarak.