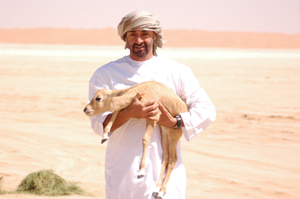 His Highness Sheikh Mohamed bin Zayed Al Nahyan is well-known for his passion for hunting and falconry, a love which was passed on to him by his father, the late Sheikh Zayed bin Sultan Al Nahyan.

His Highness also maintains a deep interest in poetry, especially that of the Nabati style which is native to the region. He regularly lends support to poetry competitions and other events, allowing them to be held under his patronage and attending in person as many of them as he can. In addition, he consistently demonstrates commitment to cultural, artistic, literary and innovation-based initiatives in the community.

Like many of his fellow countrymen, Sheikh Mohamed also follows a number of sports in the UAE and he regularly meets with Emirati sportsmen and women to recognize their achievements. ​